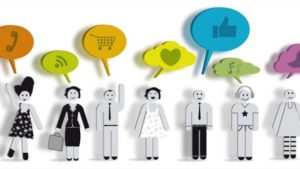 Consumers are the backbone of many businesses in the U.S. and they account for approximately 70 percent of the national economy. For the third quarter of 2015, consumer spending in the United States increased to 11268.60 USD Billion from 11178.90 USD Billion in the second quarter of 2015.  Without gathering data and having a better understanding of consumers’ perceptions, both businesses and the government, run the risk of facing surprises that can be economically detrimental.  Therefore, when you take into account how much consumers are spending and the impact they have on the market, it’s no brainer to fall in love with consumer research.

END_OF_DOCUMENT_TOKEN_TO_BE_REPLACED

Hispanic Heritage is celebrated each year between the dates of September 15 to October 15.  During this time people recognize the contribution of American citizens whose ancestors came from different Hispanic Heritage from around the world. Although this holiday only last a month here in the U.S., we need to continue raising awareness and recognizing contributions made by Hispanics all year round!

END_OF_DOCUMENT_TOKEN_TO_BE_REPLACED

As we continue to focus on reaching multicultural consumers, in particularly Hispanics, we are thrilled when we find reliable market research data worthy of sharing, and beneficial for our readers.

It’s no surprise that the top growing generation of Americans consist of mixed ethnicities known as multicultural consumers. They are savvy buyers and are setting new trends while significantly spending more on products and services. In the top 25 most populated counties in the U.S., multicultural residents are already the majority. For this and many other reasons, identifying and connecting with multicultural consumers should be a top priority for many businesses.

END_OF_DOCUMENT_TOKEN_TO_BE_REPLACED

All brands are developed from various touch points within a company. Everything from a logo, design, communication, website, product, customer service, and then more, creates an emotion within each consumer that allows them to perceive that brand in a specific way. If the consumer reaches a point where they like and feel comfortable enough to trust that brand, then it’s very likely they will buy that product/service. Therefore, how that brand communicates and connects with their consumers can make or break that brand’s image.

However, sometimes it’s not easy to determine how consumers will respond to a campaign. For example, Trump’s recent Presidency announcement followed by his views of Mexican immigrants and border protection, seemed to have created two very split sides within consumers and brands.

END_OF_DOCUMENT_TOKEN_TO_BE_REPLACED

Once seen as an idea of the future, diversity in the workplace is now the popular method of employment companies are implementing to sustain business for the future. The reason is because this provides a rich mix of employees to capture a snapshot of different markets and therefore build trust and a further connection with consumers. Brands that make it a point to understand deeply the differences in ethnicities, gender, sexual orientation, religion, and cultures, strengthen their marketing strategies which can result in faster growth.

Companies in the S&P 100 that received first and second ratings for including women, minorities, and people of diverse sexual orientation include Citigroup, Merck, JP Morgan Chase, and Coca Cola. Another 11 companies ranked third, including American Express, Dell, McDonald’s, and PepsiCo. What these companies also have in common, is that they are all top mega international brands. Their consumer reach is greater than most companies, which perhaps relates to their diverse workforce. Investing in a diverse workforce effectively drives innovation, increases creativity, and makes recruitment easier.

END_OF_DOCUMENT_TOKEN_TO_BE_REPLACED

We already know that Millennials, or “Gen Y,” are tech savvy, connected, self-centered but, socially-conscious, and educated. And they love to spend. This makes a lot of sense, given that they grew up during one of the most prosperous and stable economic periods in American history. This makes them resilient and optimistic about their futures. Despite facing a shaky job market and a diminished value in their education, they see their future bright and full of success.

With 80 million+ strong, a current $2.45 TRILLION purchasing power, and an anticipated growth from 44% to 75% of the workforce globally by 2025, it makes sense why so many brands are interested in marketing and selling to this generation.

END_OF_DOCUMENT_TOKEN_TO_BE_REPLACED 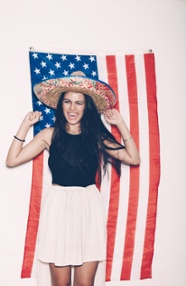 END_OF_DOCUMENT_TOKEN_TO_BE_REPLACED

Hispanicize is described by many as a high-energy, five-day event where some of the most talented experts, dynamic thought leaders, and powerful brands collaborate and share ideas on reaching and connecting with Hispanic consumers. As innovative specialists in Hispanic Research, ConneXion Research was thrilled to participate in this summit, representing the event as the official Market Research Sponsor for @Hispanicize 2015. What we didn’t anticipate was just how powerful and fun this event would be and how many lovely people we would meet!

During the event Maricel Dominguez-Watson, CEO at ConneXion Research moderated two prominent sessions, “The Latina Millennial Mindset” and “Hombres Matter Too.” Both sessions included expert panelist with many years of experience interacting and marketing to Latina and Latino Millennial.

END_OF_DOCUMENT_TOKEN_TO_BE_REPLACED

ConneXion Research is thrilled to sponsor the 8th ANNUAL HOUSTON BRAZILIAN CARNAVAL 2015 “CARNAVAL OF COLOR” occurring on Saturday, February 21, 2015. This event consists of an evening dedicated to honoring different countries and cultures.

We’re a full market research firm specializing in Hispanic Consumer Research and our vision and mission is to connect companies to “real” consumers. Participating in events like the Houston Brazilian Carnaval, allows us to connect with the Hispanic community.  We meet and interact with “real” consumers, and gain their trust as future participants of our market research community, “The ConneXion”.